Julien Stranger? Never heard of him. 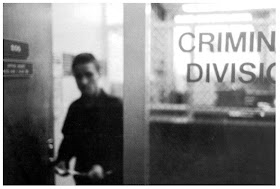 Some of these photos are probably more personally relevant while some are big picture rad. I mean I think they're all rad but a couple are probably radder to me for personal reasons. Anyway, out of the thousands of sick photos of skating that have kept us all interested and stoked over the years, here are a few that have stuck in my head, I guess... 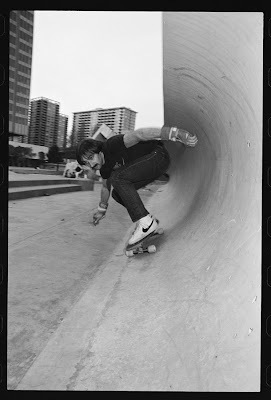 This just really sparked my young imagination. It looks like a wave and it's in SF.

Like kids and skaters have been doing forever, I was just, "WHERE IS THAT?! I WANNA SKATE IT!"  I remember finding it on a little 13-year-old skateabout and just freaking out. Getting home that night and trying to explain to my Mom the radicalness of my discovery...


All that AND it turns out to be Fausto. 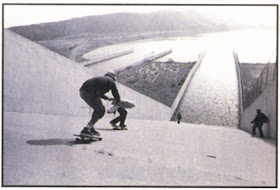 WHAT?!  WHERE?! WHY?!  DID THEY LIVE? Mach-speed. Oblivion. This photo and others cemented (or validated or whatever) me wanting to be a skater. You want to be bad ass enough to do something like that... you want to FEEL THAT. 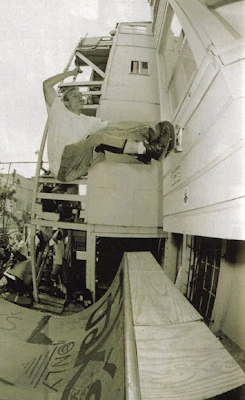 A rarely seen pic of Natas. The old Jaks' ramp on South Park in a neighborhood that completely fucking sucks with money now. I spent many afternoons lurking back there drinking beers and skating with Shawn Martin, Danny, Wheat, Ferdinand, Coco and Joey. No one ever did anything close to what Natas has going here. He muscled it in revert, too. 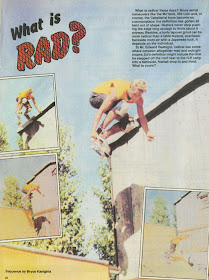 Skateboarding is rad! That's what. 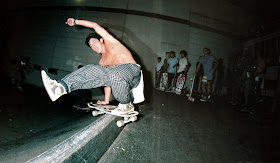 This sesh at Montague Banks in San Jose this was epic. It was all the energy that I loved about skating: the chaos and mayhem, boards flying, snaking and screaming and yelling and overall freedom. For me, it was one of those early high points that convinces you that this is it.

And then you have Christian, one of the most generous skateboarders ever, getting weird on some one time, one-of-a-kind boardslide shit. 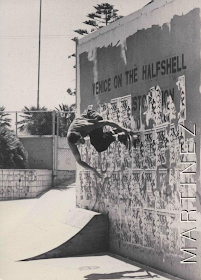 Operation: SPLAT ZONE. The Mess, Venice, the Pavillion: all big parts of my life.

This photo is aggro as fuck. 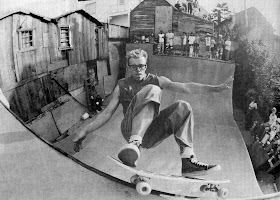 H.P. ramp. Sam's ramp. melto-man. The first ramp I ever skated or even saw in-person. Pierre lived under the extension for a time. Check the scene back there....and Jake. 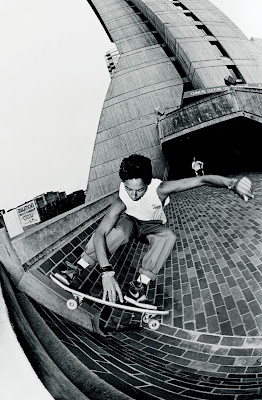 I was trying to think of the perfect photo of Tommy and then he posted it on his instagram, backside snatch over the hip at the Hell Hole where his board is a perfect 90 degrees to the ground. Thrasher pic. I remember going back and staring at that photo a lot, something about the symmetry... and he's boosting!

But he beat me to it so I'm going with this one: T.G. corner air China Banks, can't really go wrong. 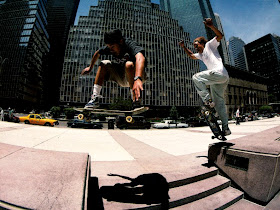 Two hardcore East Coast (at this time) street skaters and I've always loved Shut so there you go... 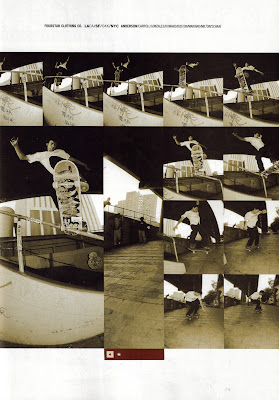 Look at his back wheel! Is that intentional? Did he even realize his truck was wrapped under the rail? B.A. rules and skateboarding is fuckn gnarly. And visa-versa, and all-at-once. 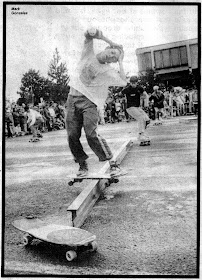 I think we can all relate to the internal struggle here... or is it just that board in his way? With gravity and levity, the Gonz leads the way. 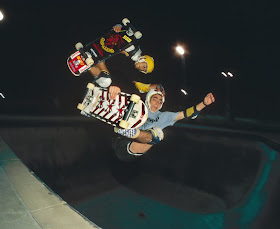 Skating continually ups the bar on itself and sometimes in the most surprising ways. I mean how much fuckn fun are you allowed to have?!

I can't thank Jim Thiebaud, Deluxe and Julien enough for this.